As electronics get cheaper, more and more laptops are replaced by phones and tablets. Manufacturers turn to bloatware and ad/tracking software to make-up missed dollars.

Since the release of the first iPhone, PC manufacturers have seen a decline in the number of yearly computer purchases. Phones can now do 99.9% of the tasks that previously required a bulky laptop with a short battery life, and can do so without the need for wifi or cables.

So if laptops are being bought less often, wouldn’t it make since for the manufacturers to produce a better product? One that could compete with smart phone makers? Not necessarily.

As smart phones became more prolific, the price of laptops dropped dramatically. Machines that would have cost $250-$400 a few years ago, can now be purchased for $150. What gives? Was there a huge shift in manufacturing costs that suddenly made the laptops cheaper to make? No. Instead, laptop manufacturers figured out how to make you the product.

“If you are not paying for it, you’re not the customer; you’re the product…” – Andrew Lewis

Don’t believe me? Let’s take a look at a screenshot from a recent out-of-the-box Windows install on a Hewlett-Packard laptop and break down the numbers. 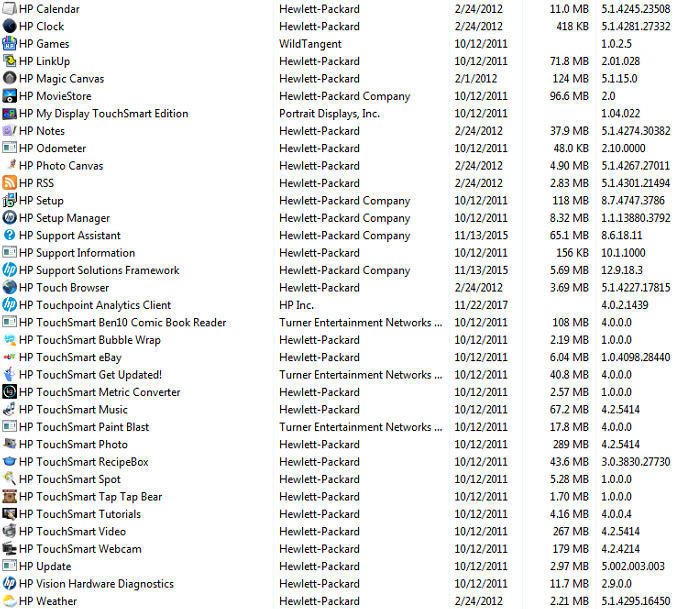 What can I do about it?

As a Free/OpenSource software based company, we generally recommend that users stay away from proprietary or closed source software, this includes Microsoft Windows. However, we also understand that some people are unable or unwilling to make the switch to Linux or another OpenSource operating system. In this case, we offer two different options for the client.

If your new or old computer is performing poorly, Contact us today to schedule maintenance on your device. Most Reinstalls or Refreshes can be completed in less than 48 hours and at very little cost.